Over the course of the long memorial day weekend, albums seemingly fell from the sky. All at once we got new music from Gucci Mane, Lil Yachty, and the rapper singer hybrid, Bryson Tiller. The standout being the unexpected early release of Tiller’s long awaited– highly anticipated– (you get the point), sophomore album, True To Self. Since the 2015 release of T R A P S O U L fans have been hungry for whatever meal Tiller had prepared for us.

Album art is the first look of the theme of an album. Kanye’s The Life of Pablo album art was covered with a loud orange color with the title and “which/one” plonked about. Minimalism and pop culture. Very Andy Warhol of him. The Life of Pablo was Ye’s statement of fame which purposely inteded to raise the question, is having fame such a

good thing? Maybe comparing Bryson Tiller’s album artwork palate to that of Yeezy is a little unfair. Still at the surface, the artwork for True To Self can be seen as tasteless, a direct rip from MTV’s show True Life, and even rubs off on the music making it seem generic and retail-esque in some ways. It’s clear the demographic he’s after; the still watching MTV, “check out my tumblr”, “#goals” on every worn relationship meme, demographic. Those of you who fall into such category probably won’t like what I have to say for the rest of this. There’s your warning.

Much like every R&B artist, the muse behind the music, at least at face value, is always a woman known as “you”, no surprise there. After hearing about “you” on 80% of this too long of an album, I think I know the standing of Bryson’s love life much better than my own. Getting past the song titles that can probably pass for cryptic text messages there are a few highlights… although with 19 songs on this project there damn sure better be.

“You Got It” takes the sample of the intro to Kendrick Lamar’s “FEEL”, loops it, and repackages it with the all that talent we saw from him on T R A P S O U L. Granted, the fresh nostalgia of hearing the “FEEL” sample immediately would get any fan’s attention but Tiller gives us a nearly 3 minute crooning session with positive affirmations to a female. I’ll take it.

Another obvious standout is “Self-Made”. An uptempo song where the subject is himself, his success, and the things he deserves. This is much different than most of the songs on the album but still in Bryson’s special repertoire. “I spend that cause I earned it for myself” he says on the track. If this what staying true to self is, I need to do that a bit more. After the reception his debut album recieved there’s no doubt about it, Bryson Tiller is enjoying the spoils of his work.

Perhaps the song that answers the question to why we loved Bryson Tiller so much in the first place is “Nevermind This Interlude”. This track really shows off his musical versatility. From rapping into singing all over a beat he so masterfully controls. This is definitely peak Bryson at work here.

We don’t get much of an insight on Bryson’s life. He falls in the new age R&B artist archetype of not doing interviews, not too many public appearances besides touring, and keeping the circle as small as a period. All knowledge of his life can be learned directly through his music. This album gives us a closer look at what he’s been up to as of late, his dealings with his new found fame, his business, and friends/family. So this is an update on his story so far. He does a great job sharing a few stories about his business, what got him here, and of course countless stories of women. 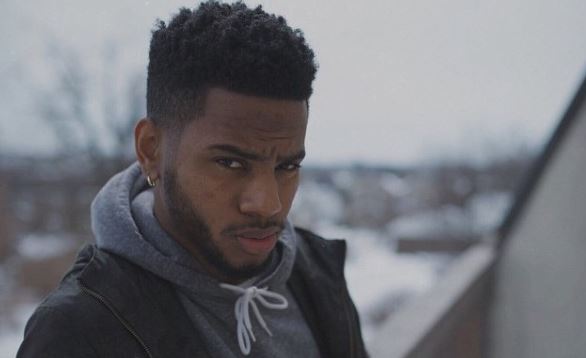 Ironically, Bryson really did stay true to self with the album. No risks, no changes from what he did on T R A P S O U L, although, True To Self lacks something that is desired, something that was there in T R A P S O U L. Listening to True To Self can be summarized as waiting for something to happen, then you get to the end and realize what you were waiting for was for it to end. Ultimately, I know mediocrity has a home for most and the hype for any new music from Bryson will hold this at number one for a bit, but creatively there’s a lot of room for improvement… and maybe seven or eight less songs.